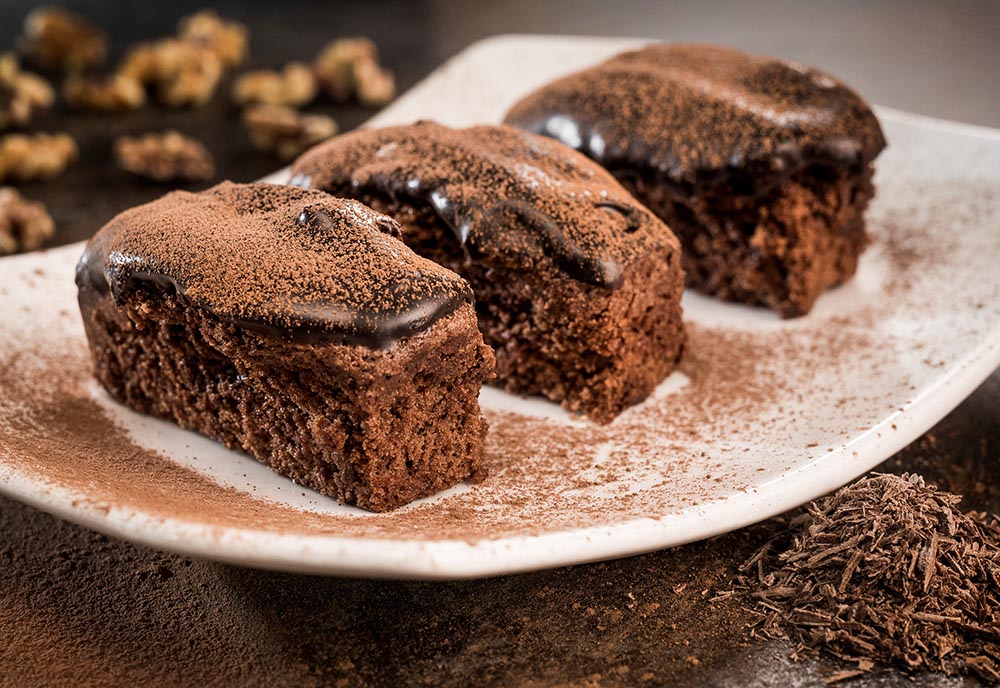 Cover the bottom of the mold with butter paper.

In a bowl, mix the two sugars with the eggs and beat vigorously until the mixture has formed.

Add the vanilla and oil and beat for one more minute.

In another bowl, mix the cocoa with the boiling water.

alternating with the cocoa and boiling water mix. Continue stirring until the preparation is

Put the dough in a mold and bake the preparation for approximately 50 minutes.

The dough should be moist in the center.

Let cool for about 10 minutes and remove from the mold. Leave it to cool completely.

While it cools, prepare the chocolate ganache by placing the chopped chocolate in a bowl.

Boil the cream and pour half over the chopped chocolate. Let stand 30 seconds and starting

from the center of the bowl, move slowly with a rubber spatula until it’s well mixed.

Add the rest of the cream and move slowly. Now add the olive oil and vanilla, stirring until

Chill in the fridge for about 30 minutes and beat with a whisk until stiff peaks form.

Spread our chocolate cream on the pudding and serve.